Apollo Therapeutics is a biopharmaceutical company, rapidly advancing a robust pipeline of potentially transformative therapeutic programs based on breakthrough discoveries. We identify and develop pre-clinical and clinical stage assets with strong biological hypotheses and the potential to become meaningful new treatment options. Our team combines ‘drug hunters’ and deep subject matter experts who together are building an expansive and de-risked portfolio in oncology, major inflammatory disorders, and rare diseases.

With our university partners, we have built translational leadership in three core areas of biological focus – immunology, cell signalling, and cell stress responses and metabolism.

Dr. Richard Mason is Apollo Therapeutics’ chief executive officer. Richard has over 20 years’ experience in the biopharmaceutical industry, including leading Johnson & Johnson Innovation in Europe. Before this, he was CEO of novel anticoagulant antibody company XO1 until the company was acquired by Janssen in March 2015. Previously, Richard was the executive leadership team member responsible for strategy and business development at listed companies BTG Plc and Cambridge Antibody Technology Plc where he led numerous M&A and partnering transactions. Richard received degrees in medicine from St Bartholomew’s Hospital Medical College and immunology from University College London and trained in internal medicine in London. He is a Fellow of the Royal College of Physicians. During 2020, he served on active duty with the British Army as part of the UK government’s pandemic response, including as a member of the UK Vaccines Task Force.

Dr. Sanjay Aggarwal is Apollo Therapeutics’ chief medical officer. Sanjay has spent over 20 years in the biopharmaceutical industry, including extensive experience in building and leading clinical development teams. He has a track record of taking drugs through development to successful regulatory approvals. He joined Apollo from Angiocrine Bioscience, a clinical stage cell and gene therapy company. Previously he was the architect of the Rezurock™ (belumosudil) phase 2 and 3 development program at Kadmon, leading to its FDA approval for chronic graft versus host disease. Before Kadmon he was the global development lead for Kyprolis® (carfilzomib) at Amgen, leading to its approval in multiple myeloma in the USA, EU and numerous other territories. Earlier in his career, he held positions of increasing responsibility in both biotech (Exelixis, Onyx Pharmaceuticals) and pharma (GSK, Novartis, Sanofi), overseeing development of early and late-stage assets across several therapeutic areas, and including roles in the USA, Europe and Asia-Pacific. Sanjay studied mathematics and medicine to earn his medical degree (MB BChir) from The University of Cambridge where he was a member of Queens’ College. He has an MBA from The University of Chicago Booth School of Business. Clinically, he trained in internal medicine and public health and is a member of the Royal College of Physicians (UK).

Dr. Richard Butt is Apollo Therapeutics’ chief scientific officer. He joined Apollo in 2016 and served as the organization’s chief executive officer until 2021. Richard spent more than 20 years at Pfizer, holding multiple leadership roles in preclinical and clinical R&D. During his tenure, he led programs to candidate selection, developed IND-enabling and preclinical regulatory packages, and led design, planning, execution and delivery for over 30 clinical studies spanning Phase 0 to Phase 2. Richard has always focused on project and portfolio leadership across the preclinical, translational and clinical phases of R&D. Richard is a cell biologist with a degree in biochemistry from the University of York and a doctorate from University College London.

Jamie Heath is Apollo Therapeutics’ chief financial officer. He has over 25 years of experience in corporate finance based in London and New York, specializing in working with global life science companies. Recently, he served as chief development officer at BTG Plc with responsibility for corporate strategy and business development. In this role, he oversaw a number of acquisitions, in-licensing deals and joint ventures, including the sale of the company to Boston Scientific for $4 billion. Jamie has led numerous M&A and capital raising transactions and held senior roles at Merrill Lynch, Centerview Partners and Deutsche Bank. He holds a master’s degree from Oxford University.

Arjun Krishnan is Apollo Therapeutics’ chief business officer. Prior to joining Apollo, Arjun worked with a range of growth equity and venture backed businesses in various segments of healthcare, including biotech, medtech and healthtech. Previously, he led business development at BTG Plc, subsequently taking on operating leadership roles within BTG’s global pulmonology business unit, which developed and commercialized therapies for the treatment of COPD. Arjun started his career on Wall Street within equity research at JPMorgan, following which he was an investor in public and private companies in the healthcare sector at Magnetar Capital and HealthCor. He received a bachelor’s degree in quantitative analysis from Franklin & Marshall College.

Jim Momtazee is the Managing Partner of Patient Square Capital. Mr. Momtazee has 24 years of investment and acquisition experience, the vast majority of which was focused on the health care sector. Prior to Patient Square, he spent over twenty-one years at KKR, initially joining in 1996. He helped establish the firm’s health care industry group in 2001 and subsequently was head of the Americas Health Care Team for over ten years. In that role, he managed a team of over twenty dedicated health care professionals overseeing five different health-care-related investment strategies including private and growth equity. He was a member of the Americas Private Equity Investment Committee beginning in 2013 and was chairman of both the Health Care Strategic Growth and Health Care Royalty & Income Investment Committees.

Earlier in his career, Mr. Momtazee was one of three executives who moved to London to launch KKR’s European investing operations and also spent several months helping launch Accel-KKR, a software and technology-enabled services investment firm. Prior to KKR, Mr. Momtazee worked at Donaldson, Lufkin & Jenrette and was involved in a broad range of merchant banking, M&A, debt, equity and restructuring transactions.

Laura Furmanski, Ph.D., is a Partner at Patient Square Capital and Head of Patient Square Insights. Dr. Furmanski has 20 years of health care experience across consulting and operating roles, most recently as managing director & partner at Boston Consulting Group. While at BCG, Dr. Furmanski worked with biopharma and medical device companies on a range of R&D, market access, and broader strategy topics, and she played a lead role in creating BCG’s data and analytics offerings for the health care sector.

Prior to BCG, Dr. Furmanski created and was SVP and head of the bioinformatics business area for QIAGEN, a life science company. In that capacity, her team built and launched the company’s genomic clinical decision support platform for oncology and rare diseases. She managed the engineering and commercial teams that delivered a portfolio of innovative informatics products to biopharmaceutical companies, academic research institutions, and clinical labs. Dr. Furmanski was also a partner at McKinsey & Co, where she worked across the entire health care value chain.

Dr. Furmanski holds a doctorate in cognitive neuroscience from UCLA and a bachelor’s degree from Stanford University.

Neel Varshney, M.D., is a Founding Partner of Patient Square Capital. He has over 15 years of investment and health care experience. Prior to Patient Square, Dr. Varshney was a managing director within KKR’s Americas Health Care Team, where he focused on health care private and growth equity. Prior to joining KKR in 2016, he was a vice president at Linden Capital Partners, focused exclusively on health care. Earlier in his career, Dr. Varshney was an engagement manager at McKinsey & Company in the health care, private equity, and corporate finance practices and worked in business development at Medtronic. He trained in internal medicine at Massachusetts General Hospital (MGH), a Harvard academic teaching hospital, where he cared for patients.

Vasundhara Bhargava is a Vice President at Patient Square Capital. Ms. Bhargava has over 8 years of investment and acquisition experience, most recently as a vice president at Golden Gate Capital. Earlier in her career, Ms. Bhargava was a private equity investor at GIC, and prior to that was an associate at TPG Capital, the private equity platform of alternative asset manager TPG. Prior to TPG, Ms. Bhargava was an analyst in the investment banking division at Goldman Sachs.

Dr. Ian Tomlinson has over 30 years of experience in the life sciences sector from academic research to biotech startups to big pharma. He co-founded Domantis Limited with Nobel Laureate Sir Gregory Winter, which was acquired by GSK for $450 million. He then served as senior vice president, head of worldwide business development and head of biopharmaceuticals R&D at GSK, where he led an ambitious strategy to grow GSK’s pipeline of clinical-stage biopharmaceuticals from under 10% in 2008 to over 50% by 2016. Following his departure from GSK, he chaired the Stevenage Bioscience Catalyst, the UK’s first open innovation biomedical campus and was founding chair of Apollo Therapeutics. He is also chair of Start Codon. Ian spent 11 years at the MRC Laboratory of Molecular Biology, where he worked on antibody genes, antibody structure and various antibody technologies prior to starting his career in industry. He graduated from Trinity College, Cambridge, UK.

Dr. Sam Williams has over 30 years of experience in the life sciences sector, spanning scientific research, company leadership and investment management. He is currently Managing Partner at IP Group plc, the FTSE 250 investor, where he oversees the group’s £400m life sciences portfolio. He is founding CEO and Chairman of Istesso Limited, a Phase 2 drug discovery company, and has served as founding investor, director and / or chairman of several leading UK private and public biotech businesses, including Diurnal Group plc, Pulmocide Limited, Genomics plc and Psioxus Limited. From 1996 to 2007, Sam worked as a biotech analyst in the City of London, most notably at Lehman Brothers where he was ranked number one European Biotechnology Research Analyst by Institutional Investor in multiple years. Sam conducted his PhD and post-doctoral research in the laboratory of Nobel Prize winner, Sir Gregory Winter, in Cambridge and has a degree in biology from Oxford.

Dr. Richard Mason is Apollo Therapeutics’ chief executive officer. Richard has over 20 years’ experience in the biopharmaceutical industry, including leading Johnson & Johnson Innovation in Europe. Before this, he was CEO of novel anticoagulant antibody company XO1 until the company was acquired by Janssen in March 2015. Previously, Richard was the executive leadership team member responsible for strategy and business development at listed companies BTG Plc and Cambridge Antibody Technology Plc where he led numerous M&A and partnering transactions. Richard received degrees in medicine from St Bartholomew’s Hospital Medical College and immunology from University College London and trained in internal medicine in London. He is a Fellow of the Royal College of Physicians. During 2020, he served on active duty with the British Army as part of the UK government’s pandemic response, including as a member of the UK Vaccines Task Force. 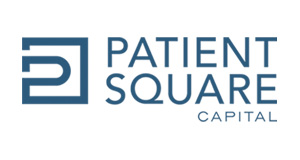 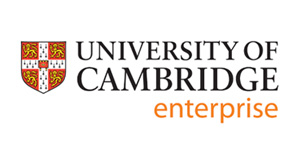 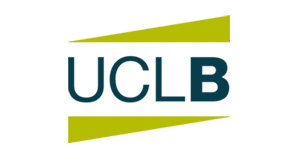 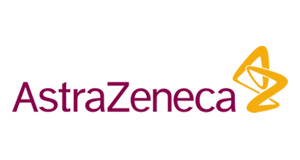 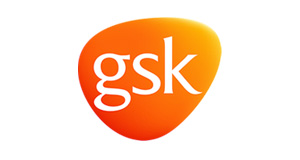 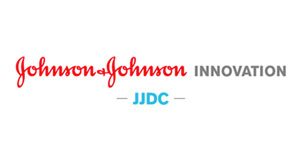